How to Deal with Valve Failure?

When the motorcycle is riding for a long time, the engine valve clearance will generally appear, too large or too small phenomenon, to find the reason, you need to consult a lot of information, motorcycle valve supplier to give you a simple analysis.

Large or small engine parts valves for motorcycle clearance will affect the normal operation of the engine.  Late opening and early closing of the intake valve: due to insufficient valve opening, the amount of access reported by the combustible mixture will be reduced, resulting in the failure of the engine power.

Large exhaust valve (that is, the valve opening time is shortened): in the exhaust process, it causes poor exhaust, insufficient inflation, increased oil sand, excessive machine temperature, power decline, and the knock of the valve, affecting the service life of the parts.

Early opening and late closing of the motorcycle engine intake valve(the duration of the valve opening is longer): it causes loose valve closing and air leakage, which reduces the compression and engine power. In severe cases, the valve will make a large amount of carbon deposition or ablative, so that the cylinder can not work normally.

Small exhaust valve: it leads to loose valve closing and air leakage in Nanchang, so the combustion is not complete and the power is reduced. Sometimes there will be an exhaust pipe blasting phenomenon.

How to deal with the damage of motorcycle engine valve parts

1. The top of the valve is cracked or ablated, which should be replaced.

2. After the valve rod end face is worn, it can be ground on the external cylindrical grinder and used after the smooth surface is restored.

3. The bending degree of the valve rod exceeds 0.03mm. When the distortion at the top of the valve exceeds 0.02mm, the bulge can usually be corrected by placing it on a manual press and then inspected with a dial indicator on a V-shaped iron until it is qualified. 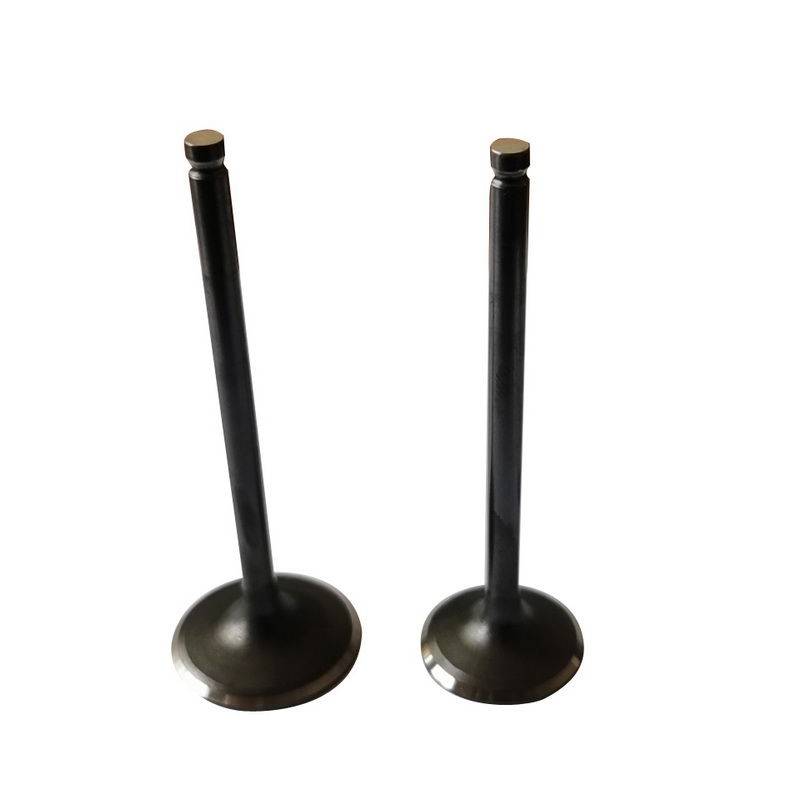 4. If there is black carbon and gray lead oxide on the valve cone surface, it can be soaked in kerosene, and then removed with a wooden scraper or a copper brush after it has softened.

5. If the valve rod is not seriously worn and the deviation of roundness and cylindricity has not exceeded 0.03mm, the valve rod can be polished to the repair size on the centerless grinding machine, and then repaired with chrome plating method.

When a white ring appears on the valve cone, the valve is refined with a fine grinding paste. Finally, rinse the paste with gasoline, apply the oil, and grind it for a few minutes.

How to deal with the damage to motorcycle engine valve parts?

If you want to get more information about good quality engine valve, please do not hesitate to ask us.